Deciding to learn Thai in Bangkok is the most important step towards integrating into your new home, or towards changing your interaction with Thai people if you’ve lived here for a longer stretch of time. One question that often pops up for potential learners is: Should I learn how to speak or to read Thai first?

Both methods have their advantages and disadvantages, and despite both being integral parts of the Thai language, they are two very different skills. So is one more valuable than the other? We’ve all heard of ‘Visual’ and ‘Auditory’ learning, and most of us believe ourselves to be one or the other. This may be a significant indicator of the benefits we might receive from either method. Learning the Thai script, either at a Thai language school or on your own is of course a very visual activity. Conversely, learning how to speak Thai, and correspondingly, to listen to it is very auditory.

Let’s take a look at 5 advantages for each method.

5 Advantages of Learning to Speak first: 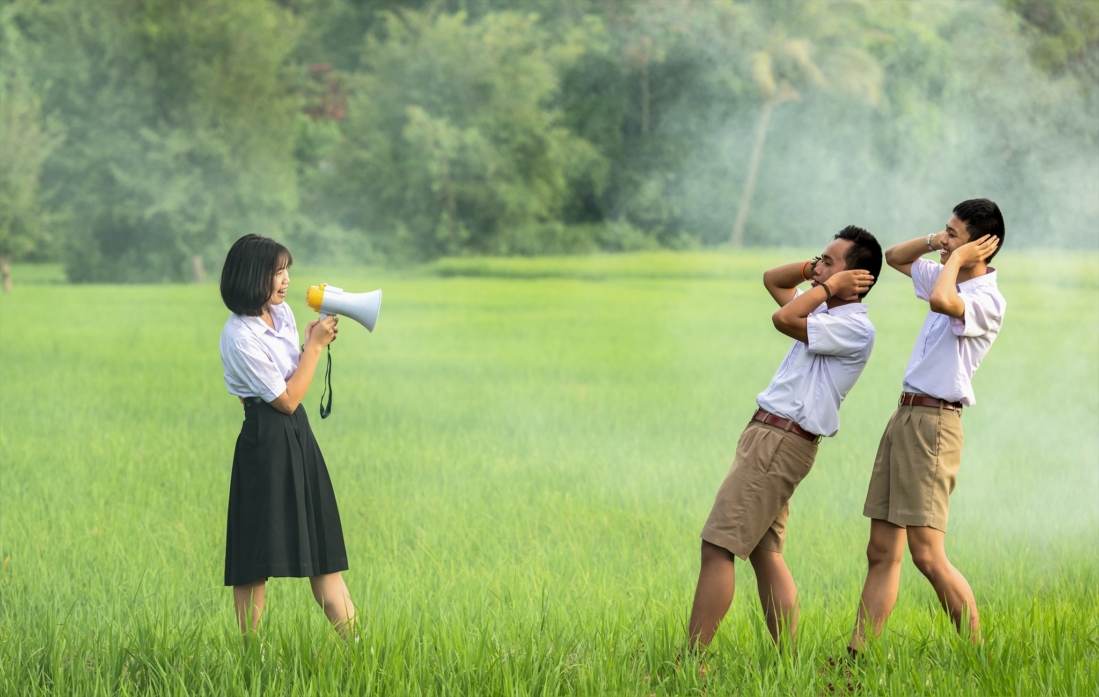 Let’s begin with the most obvious advantage, the majority of learners decide to study Thai in the first place with the aim of communicating their needs and bringing down that pesky language barrier between them and locals, by learning how to directly interact with them through increasingly complex speech.

The benefits of learning Thai are vast, whether in the context of work, with your Thai friends or partner, or for navigating the beautiful, less visited parts of Thailand, after all, meeting new and interesting people is a great motivation to continue studying at a Thai Language school. Reading, and by extension, writing, may have its own benefits, but immediate and efficient communication about the pain in your arm to the doctor is not really one of them.

Speaking with others, whether it be other learners or with Thai people, provides the opportunity to rehearse what has been learned, which for many people reinforces their learning in a way that reading in an unfamiliar script can’t.

Physically speaking Thai is the best way to reinforce the new language, by exercising quick recall and thinking on your feet: you effectively have to create your own sentence structures as you go. Practicing reinforces good speaking habits too. Having a good Thai language teacher can also streamline this process through corrective feedback, and within a classroom setting, all students can benefit from the feedback given to each individual.

Speaking ultimately provides the best way for many people to consolidate what they’ve learned, whether in the classroom, on the street or from reading, and this reinforces the patterns of speech, gradually improving recall and allowing for an ever smoother flow of conversation.

In general terms, spoken language and the written language are presented in different registers, with spoken Thai being much more peppered with slang and colloquialisms. This ties in with your reasons for learning Thai in the first place. Are you learning to read obscure Thai literature? Or do you want to learn practical communication for everyday life?

Learning Thai properly, i.e., in a formal manner is important, but so is learning words and expressions that people use on a daily basis. Some Thai language schools are happy to teach their students this side of the language, but some are not. If you want to do your best to be taken seriously and fit in, perhaps speaking in the most formal register isn’t going to help. It will certainly help you in your reading, but may perhaps sound a little amusing in the marketplace.

How often have you had to ask a Thai friend to translate something for you? Have you ever had to phone someone for help at the bank or when you have to ask your landlord something? These kinds of everyday issues can lead many of us to miss our own self-reliance.

Learning how to speak for yourself is the perfect antidote to these problems, even a decent understanding of a reasonably basic level of Thai can really cut down on your reliance on others and help you to regain that independence. Complementary to that independence comes a greater enjoyment of life here in Thailand. It’s no secret that bringing down that spoken language barrier allows learners to delve deeper and makes local knowledge and snippets of cultural and travel information more accessible, whether this comes from a monk at a local temple or your taxi driver from upcountry.

5. Add Meaning to Your Time in Thailand

Being able to communicate with people in spoken Thai is by far the best way to get the most out of your experience in Thailand. It’s very easy to fall into that expat bubble, but without speaking to locals in their own language, aside from getting accustomed to being here, are you really going to get much more out of your experience living in Thailand than a tourist would?

To study Thai is to get beneath the surface of Thai culture and life in a way that gives a deeper meaning to the time that you’ll spend here. Learning Thai in Bangkok also plays an important role in strengthening personal ties with the culture and the people of the city, as well as with the country as a whole. Whilst reading Thai has its own range of benefits, the ability to communicate verbally is the key to interpersonal interaction, melting away those barriers and deepening that connection to Thailand.

5 Advantages of Learning to Read first: 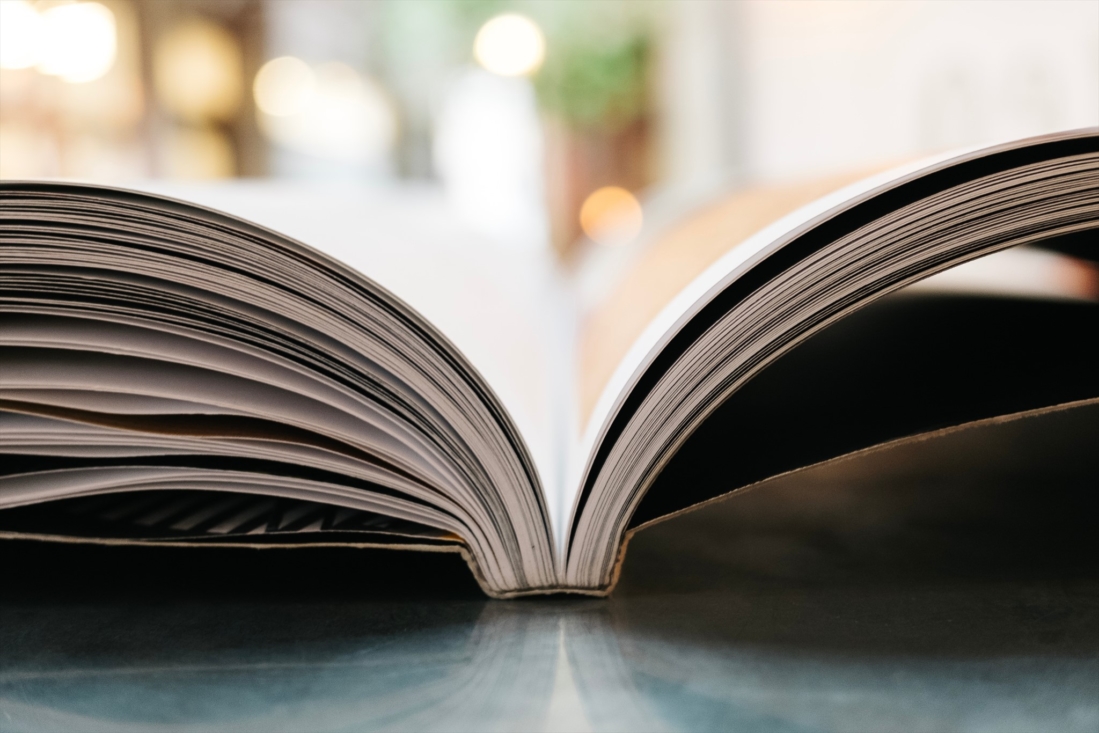 1. Immerse Yourself in Real World Resources

What does that mean? What does this say?… Do you find yourself asking these questions to your Thai friends or colleagues? Or wondering them to yourself every day? Could there be a more plentiful resource in Thailand than the written Thai language? Once you’ve learned how to read those initially confusing letters and symbols, you’ll slowly start to notice words everywhere that now make sense. The more of this you recognise, the more of it you can learn from context.

If you’re interested in visiting Thailand’s lesser-known provinces, like Chanthaburi, Chaiyaphum or Chai Nat, simple things like being able to identify place names at bus stations or reading menus in restaurants that don’t see many foreign guests will get you far. Not only is this very useful in navigating through your day, but it’s also an excellent way to meet locals and to break the ice when they realise you can read.

2. Master the Real Sounds of Thai

On top of the sounds themselves, there are also great advantages to reading when it comes to both distinguishing vowel length and mastering those ever-tricky tones. Learning Thai pronunciation this way makes it less likely that you’ll develop bad habits when you do speak.

3. Absorb New Information on Your Own

When you’ve learned how to read the Thai script, a major benefit is the ability to learn new vocabulary when you’re on your own. This vocabulary can be much more easily assimilated into your memory when you start using them in speech the next time you’re engaging with someone in Thai.

Quite simply, for some people reading can provide better opportunities to learn new information and once the script has been learned, it opens access to a whole range of useful materials. Books aimed at children may seem like a silly choice of reading materials at first, but you’d be surprised by how useful they can be in your initial phases of learning.

Once you feel more confident with the basics, why not move on to more complex materials, such as song lyrics, Wikipedia pages or the new Language Learning with Netflix app which provides subtitles in both Thai and English (or a range of other languages depending on your preference). Whatever materials you chose to read Thai, you can be sure of building up a solid arsenal of useful vocabulary.

4. Learn at Your Own Pace

With any language that we learn, the quick pace of speech generally tends to be a barrier, particularly to our understanding of what we hear in a conversation. With reading, learners can dictate their own speed of input and take charge of the rate they absorb Thai language and vocabulary. Unlike speaking, there is no need to catch up with the rate of speech of another person.

Most visual learners would tell you that it might take hearing a new word 4 or 5 times for it to stick, but they can remember the word much more easily if they see it written down just once or twice. For them, this means that not only is the pace of learning increased by reading, but also the pace of retention. With a new script to adapt to, this will indeed be a much more straightforward process if the new Thai words are noted down with Latin phonetics, but as you become more accustomed to the new script, you’ll find yourself becoming increasingly able to remember whole words in the Thai script with all the associated benefits this brings.

5. Gain the Respect of the Locals

In a similar vein to the last point regarding the benefits of speaking Thai, the ability as a foreigner to read Thai is viewed by many locals as a skill worthy of respect. As evident as this may be in Bangkok, it’s even clearer in the less visited provinces. It would be unfair to say that speaking Thai doesn’t command a certain level of respect, but the difference in the reactions of people when they realise you can read the menu, or that sign at the temple that says “Take off Your Shoes”, whether you’ve spoken to them or not, is clear.

Another more practical need for many learners to read Thai is that it becomes a requirement for your longer term ED visa. That respect from Thai people also extends to the officers at the Ministry of Education to whom you have to prove your acquired skill in the Thai script.

What Should I Learn First? 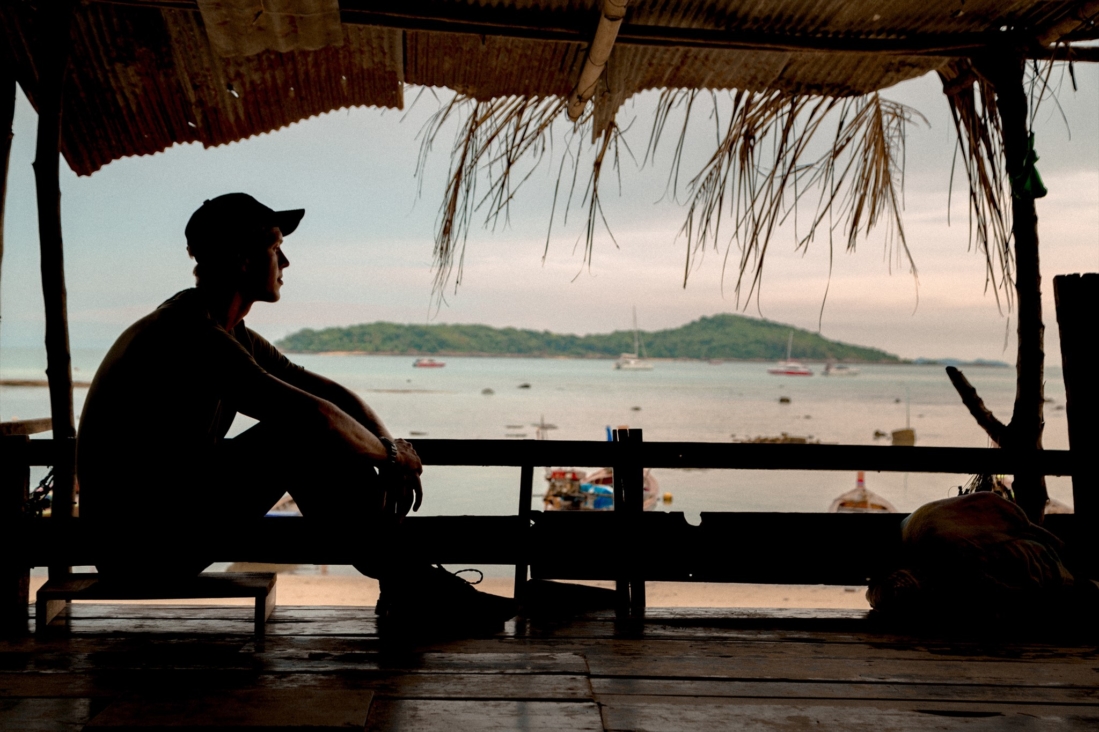 When studying the Thai script outside of school hours, we would recommend choosing materials that you enjoy. If you’re interested in what you’re reading, you’re likely to get much more out of it. This applies to purely reading materials, such as internet articles and mixed media, such as subtitles on Netflix or song lyrics.

At Duke Language School, speaking is taught for 3 months before reading. There are a number of reasons for this, foremost among them is simply the fact that this is where the demand lies. That being said, Thai writing is provided within the materials right from day 1 for those who want to make use of it and incorporate it into their learning experience from the outset. Your Thai teacher will also be happy to provide words in the Thai script during your lessons.

Returning to the initial question, when it comes down to it, your preferred method is likely to be highly dependent on your reason for learning. For most of us, the need or desire to be understood within our surroundings is the biggest motivator. This is a key reason why so many of us naturally tend to favour the speaking skill over reading. However, there is a lot to be said for combining the two in order to get a fuller understanding of the Thai language, and by extension Thai culture and people.

Before making your decision on whether to focus on just your speaking skills or just your reading skills, perhaps it would be prudent to consider learning both as a complement to one another. Learning both of these skills, whether speaking or reading, is an excellent way to enhance your skills in the other method, so why treat them as if you have to choose one over the other?

Want to join the discussion?
Feel free to contribute!